Meet Santa in a Winter Wonderland 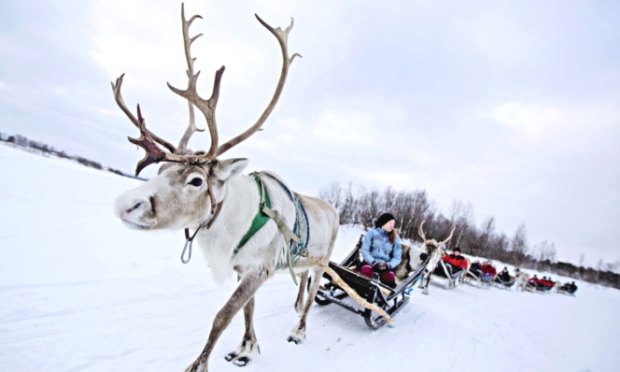 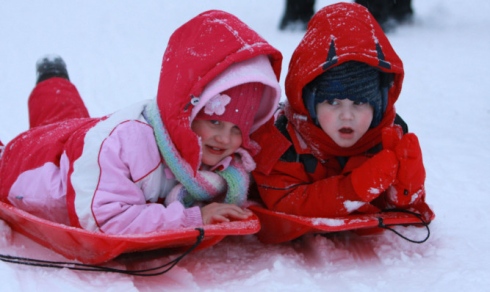 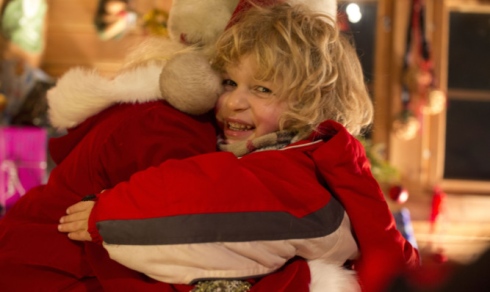 We heard the huskies before we saw them, their howls amplified in the still but freezing air.

We were 250 kilometres north of the Arctic Circle, near the top of Finland, in a winter wonderland of perpetual night.

It was morning and the floodlit, ice-crusted path sparkled and crunched beneath our thermal boots as our little group – each one protectively clothed to cope with -11C temperatures – headed towards the river.

The snow-bound resort at Milinmaja is a few short steps from the vast Muonio River which forms the border with Sweden.

Between June and August it is Finland's finest salmon fishing river. Now, however, it was frozen solid but its surface was swarming – with elves!

Nearby, skidoos stood waiting to ferry passengers through thickets of birch to Santa's log cabin and sled-hitched huskies called hauntingly to their packs in anticipation of the runs ahead.

My seven-year-old looked anxiously at her feet, trying to ascertain where terra firma ended and the watery underworld began. "Is it safe, mum?" she ventured. Before I could utter a comforting word, one of Santa's little helpers stepped in.

"You're right to be careful. Frozen rivers are dangerous, but Santa himself has checked this one and guess what? He says it's not only safe but great fun. I'll make you an honorary elf so you can be sure you'll be okay."

He spouted an elfish spell and in no time she was a committed pixie, ready for the frolics to come. They started immediately with the huskies.

Straddling the sled, she whooped and yelled as our eager team reached speeds of around 20mph as we went in search of Santa.

It was all courtesy of Santa Claus Trips and our very own Santa expert Brian Laurie on a day visit from Edinburgh.

We moved onto an open wooden sleigh, drawn by a super-fast snow mobile, that tore off into the woods before pulling up suddenly in front of a log cabin.

Outside a fire crackled. Warming ourselves we waited for our turn to go inside and see the man himself. My little one could hardly breathe. Then it happened. The door swung open and she stepped in. "Santa!" she screamed and ran to him.

If I felt old beside the elves, I seemed ancient next to Santa. The slender St Nicholas looked pretty young and trendy to me. My girl saw only his smiling kind eyes, frothy white beard, and wonderful red suit.

She asked him when he was coming to see her, what would he like to eat and drink, and finally what gifts might he bring.

He did not disappoint. She left gratefully clutching some small, traditional wooden toys, and counting the days until Christmas.

Back in Milinmaja we grabbed a basic chicken and pasta lunch. We then headed off to the Ice Bar, where for five euros we sampled Glögi, a Finnish drink of hot berry juice flavoured with spices.

My daughter was excited at the prospect of reindeer sleigh rides, ice hockey, sledging and driving her own mini skidoo. Sadly there was only one child-sized snow mobile on offer, resulting in large queues.

The ice hockey arena was scratched out of a small section of snow and formed with two flimsy nets and toy sticks and pucks. My wee one had it largely to herself, but she loved it. And the reindeer were a favourite.

My daughter was ready with an answer when cynical old me asked why she thought Rudolph's nose failed to glow as he hauled her round the tiny track: "It wasn't snowing or foggy, mummy. If it had been you would have seen his nose shining all the way to Scotland!"

All that was left to do was to visit the gift shop to buy a not inexpensive toy husky (the airport prices are much more competitive) and to return in the ever night to the airport for our flight home.

As the plane lifted into the skies above the Finnish wilderness, a glum mum in the aisle seat across from me said: "Well, that was an expensive ‘Ho ho ho'!"

I looked at my little girl, snuggled up contentedly with her cuddly husky, and dreaming of the Christmas to come. And I thought: "Was it?"